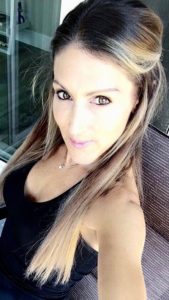 Julie Paige is both a classically and commercially trained dancer and actress. She began dancing at the age of 5 and immediately fell head over heels in love with dance!  At 7 she stumbled upon the world of acting & musical theatre and found a second love.  Throughout her childhood Julie called acting her “heart” and dance her “soul.”

In college, Julie went on to study in some exclusive BFA Dance and Acting programs at top college conservatory schools including the University of Arizona, The Boston Conservatory of Music, and NYU’s Tisch School of the Arts, receiving her degree from NYU.
After college, Julie spent 6 years performing professionally in NYC and Los Angeles.  As a Dancer & Actress, she performed in repertory theatre, national tours, music videos, commercials, and as a featured dancer and actress in film and television.  Her favorite dance credit was dancing with Britney Spears in a live televised concert on Mtv.  She’s also choreographed for both stage and the Warner Brothers CW television network.

After 6 years of performing professionally, Julie experienced a pivotal life moment when her agent called her with an audition for a role on a popular television show.  The audition was at the same time as her favorite dance class in NYC.  She did not want to miss her dance class for the audition. It was then that she realized that, while she enjoyed performing, her true love was in the classroom. She preferred the challenge of constantly learning new material and working on improving the different aspects of style, technique, and artistry that the classroom provided.  Based on this realization, Julie tried her hand at teaching. As soon as she did, she immediately realized that teaching was her soul’s calling!

As a teacher Julie feels like she’s truly being of use in the world in a positive way.  Helping to educate and inspire children and teens to reach their dance dreams, while also instilling in them a sense of confidence and self esteem that comes with working hard and setting up disciplined healthy habits to achieve goals, is of the utmost importance to Julie.  She loves watching a student’s eyes light up with joy when they finally achieve a move they’ve been working hard to master.  She also loves the camaraderie of the classroom and encourages all of her students to support and uplift each other in reaching their goals.
Soon after her first teaching engagement, Julie opened her first studio The Paige Conservatory of Performing Arts in Massachusetts.  After several successful years with this studio, Julie’s love for teaching continued to grow, but her soul was missing a more creatively artistic community where she could, not only take her teaching to greater heights, but where she could consistently grow as a dancer, educator, and person.  In 2016, Julie made the decision to move back to Los Angeles and create Inspire Dance Studio.  She also went back to school to become certified as an ICF (International Coaching Federation) Life Coach.

TODAY, Julie is so thrilled to be living sunny Los Angeles once again. She is both the owner (and teacher) at Inspire Dance Studio and an ICF Certified International Life Coach at www.mostinspiredlife.com.  She feels so incredibly blessed to  have two careers that bring her such meaning, purpose, and joy; and to be working with such an elite faculty whom she completely respects and admires.  She is beyond excited to continue to welcome students and families into the INSPIRE Dance Studio family! 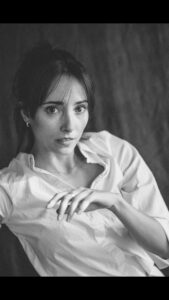 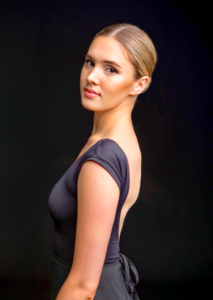 Jahna Frantziskonis  was born in Tucson AZ where she trained with Ballet Tucson. After attending summer programs at Pacific Northwest Ballet, American Ballet Theater (New York), and The School of American Ballet, Jahna returned to Seattle to train full time in the PNB school’s Professional Division, and joined the company in 2012. In 2015 Jahna joined the San Francisco Ballet and was subsequently promoted to soloist in 2017. She has danced principal roles in “Rubies” by George Balanchine, “Hedda Gabler” in “Ibsen’s House” by Val Caniparoli, “New Suite” and “Vertiginous Thrill of Exactitude” by William Forsythe,  “Chamber Symphony” by Alexei Ratmansky, among others. Created principal roles by choreographers Alonzo King, and Myles Thatcher. Created featured roles by Twyla Tharp, Justin Peck, Edwaard Liang, Annabelle Lopez-Ochoa, among others. Did works by Jiri Kylian, Christopher Wheeldon, Mark Morris, Nacho Duato, Crystal Pite, among others. She has not only trained in classical ballet, but also tap, jazz, Fosse, and modern, Alexander Technique, and acting.

Meagan Van Deren was born and raised in Denver, CO and began dancing at three years old at Parker Dance Academy. She enjoyed all forms of dance but discovered a natural affinity for ballet. She began serious training at the National Ballet Academy of Denver at age twelve where she focused on Vaganova style ballet. During this time she supplemented her training with several scholarships to Pacific Northwest Ballet intensives. Entering into full-time training, she moved to Manhattan, New York where she began performing and receiving advanced training at the Vassiliev Academy of Classical Ballet. In 2009, she was awarded fourth place at the Denver Ballet Guild competition. Meagan’s repertoire includes variations as the Lilac Fairy from Sleeping Beauty, the Sugar Plum Fairy from The Nutcraker, Paquita Principle Variation and Raymonda Principle Variation. Her repertoire also includes Grand Pas De Quatre, Paquita Corps, and Sleeping Beauty Corps.

Meagan began her professional career in Los Angeles, CA with Pacific Ballet Dance Theatre in 2019 where she has performed in Carmen, as well as excerpts from Gayane, Swan Lake, and Masquerade. She has also danced alongside the Atomos String Quartet and the Burbank Quartet.

In addition to training and performing,  at the age of 16, Meagan began to share her love and passion for ballet by teaching at several studios in Colorado and Los Angeles. 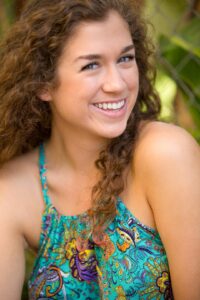 Eli Dewitz, was born and raised in Kansas City, KS and started performing at the age of five. Growing up in the competition circuit she has been trained by and assisted some of the industries top choreographers such as Sonya Tayeh, Talia Favia and Mia Michaels. She booked her first professional choreography job as well as dance job at the age of fifteen and has continued pursuing dance professionally ever since. Although she is trained in many styles and came from a very technical background, her love for dance goes far beyond. The passion that she has for self expression and story telling inspires the way she both dances and teaches. It is very important to Eli as an educator to help guide her students in finding who they are as individuals and celebrate that. 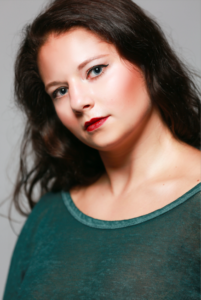 Cassi Mihalovich is from Scottsdale, Arizona. She began her training at seven years old when she joined the competition team at Plumb Performing Arts Center. She trained in all genres and was on the Furious Styles hip hop crew for five years. At the age of 12, Cassi performed in her first professional Show, Alex in Wonderland, directed by Debbie Allen. That summer she also performed on the finale of So You Think You Can Dance with Nigel Lythgoe. She attended several summer training programs including The Rock School Summer Intensive, MODAS Dance Summer Intensive and The Juilliard Summer Intensive. This training led her to pursue a Bachelor of Fine Arts in Dance Performance at Chapman University. Cassi graduated from Chapman University and has since moved to Los Angeles to continue pursuing her dreams. Cassi has worked with professional choreographers like Dana Wilson, Denise Wall, Travis Wall, Joe Lanteri, Andy Pellick, Joey Dowling, Suzi Taylor, Jason Parsons and many more. 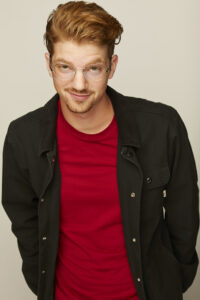 William has been dancing for 14 years. He moved to Los Angeles from Colorado to pursue his BFA in Dance Theatre at AMDA College of the Performing Arts in 2018. He graduated in 2021 and soon after signed with Bloc Talent Agency. He has a passion for the art of dance and loves sharing it with everyone. When he's not dancing, you might find him skateboarding in one of LA's great skateparks. 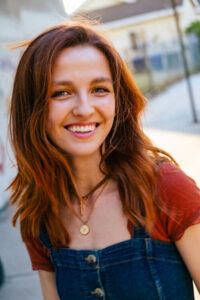 Madi Davis  is a dance teacher and actor based in Los Angeles. With years of studying ballet, tap, jazz, musical theater, and contemporary dance, she has gotten to dive straight into the professional musical theater world. As a recent alum of Inspire Dance Studio she is so thrilled to return with a great breadth of wisdom, professionalism, and play.   Recent performances, training, and teaching include:

The Underground Theater: Margot Frank, The Diary of Anne Frank; Minnie, The Matchmaker; Essie, You Can’t Take It With You. 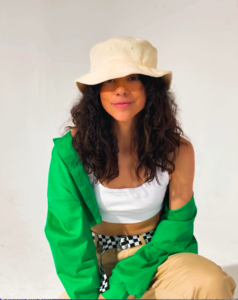 Savanah Skaggs is a versatile professional dancer located in L.A. County.  She has performed in the super bowl halftime show, a television commercial, as well as an entertainer for Sharp International.  Her training stems from multiple styles including hip-hop, contemporary, jazz, ballet, acrobatics, and gymnastics.  Always looking forward to another opportunity to inspire and train passionate individuals. 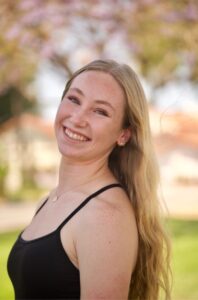 Sophia McLoughlin grew up in La Canada and began her dance training at age three at VHC, and then started dancing at Pasadena Civic Ballet at age 11. She continued dancing there through the end of high school, training primarily in ballet, including pointe, as well as in tap, jazz, character, and various styles of modern and contemporary dance. One of her favorite roles was dancing the role of the “Tin Girl” in PCB’s production of the Wizard of Oz. In addition, while at Flintridge Sacred Heart for high school, she was a member of their dance company, training in contemporary dance styles, performing in their annual dance concert, and serving as the Vice President and “Ballet Master” of the company during her senior year. She is currently an undergraduate at UC Santa Barbara pursuing a double major in Environmental Studies and Dance. She is so grateful for the opportunity to continue to grow in her technique, artistry, and choreographic skills, as well as in her knowledge of dance history and is ecstatic to share her passion for all things dance with the next generation of bright-minded, enthusiastic dancers. 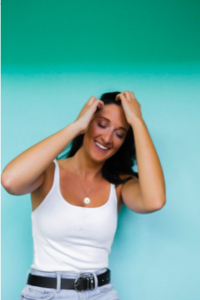 Courtney Briggs’ journey with dance began at a young age having deep passion and a clear view of her future plans within the art of dance. She trained under a variety of instructors in Los Angeles, California, Chicago, Illinois, and Milwaukee and Madison, Wisconsin. She was a member of Resilience, a pre-professional dance company, under the direction of Joey Hernandez. She trained extensively in a variety of styles of dance and learned the business side of the industry. Courtney also found a love for choreographing and seeing her work performed by other dancers, not just herself. Along side her teaching, Courtney currently is the Assistant Director with Dupree Dance Convention and the Remote Office Manager for Inspire Dance Studio. In Courtney’s view, teaching and choreographing are art forms that require passion, guidance and an openness in order to get desired results. She continues to train and expand her talent as a performer, teacher and choreographer so she can guide and support her own dancers and promote her love for dance through all the work she does.